Get your Private Limited Company registration in 7-10 days

Your Private Limited Company With Tax Out Look 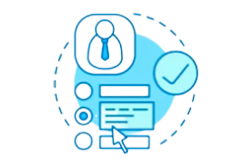 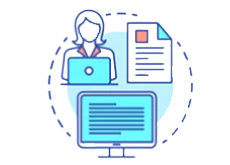 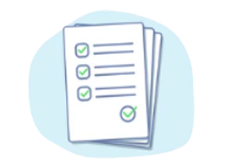 As per Section 2(68) of the Companies Act, 2013, Private limited company means any company which Restricts the right to transfer its shares and limits the number of its members/shareholders to 200.

2. Restriction of Transfer of Shares

In a private limited company, a shareholder can transfer share to another is subject to Board’s approval.

Directors are appointed by the shareholders to govern the affairs of the company. Minimum directors requires is 2 and maximum allowed is 15. At least one Director should be an Indian citizen.

A private limited company is a separate legal entity distinct from the members/shareholders of the company. It is an artificial juridical person capable of entering in to contracts and conduct business in its own name.

The database of private limited can be verified with Ministry of corporate Affairs (MCA) as regards the company master data and financial filings. Hence this creates credibility and more trust with the vendors, customers and the other stakeholders when compared to Proprietorship and partnership.

It’s simple and easy process to raise funds in a private limited company by issue of shares or through debt from banks/financial institutions.

The ownership in a private limited company can be transferred by sale of shares to new member and by issue of issue of fresh shares.

The private limited company can be easily registered with Ministry of Corporate affairs and also , if the company needs to be shut down, it can be wound up by settling the liabilities of the company

Every person holding a share certificate is called a shareholder/member of the company. The shareholder’s name is entered in the Register of members maintained by the Private Limited company

1. What is the timeline for incorporating a private limited company?

The general time taken to complete the registration process and get the Incorporation certificate is around 10- 15 days on receipt of all documents. This is subject to time taken by ROC to process the applications.

2. Whether Private Limited Company is the right model for my business?

The suitability of Private limited company for your business depends on the nature of business, size and expansion potential. Our Taxoutlook experts will assist you choosing the right model for your business.

3. What is the minimum number of persons required to form a private limited company?

Minimum of 2 persons are required to form a private limited company. Maximum members allowed is up to 200 members.

4. How many Directors are required for a private limited company?

5. Who can be a director in a Private Limited company?

6. Whether DIN must for Private limited company?

7. When can I start the business after incorporation?

8. What is commencement of business declaration to be filing?